Home
Articles
The Benefits & Pitfalls of Hunting With A Dog

The Benefits & Pitfalls of Hunting With A Dog 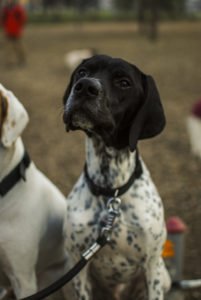 Hunting along with a dog is a rather controversial sport these days and there are some dogs better at it than others, some dogs are better “at” a specific type of hunting than others, that is why hunting with a dog is a popular sport among hunting enthusiasts. There aren’t any specific groups registered in the American Kennel Club ( AKC ) for hunting alone other than the hounds which are known to have an ancestral background in their lineage in the hunting domain.

These traits vary from dog to dog: some have a very developed scenting ability while others have some very good stamina and so on. Some of the most famous hounds would be the: Beagle, Norwegian Elkhound, American Foxhound, Black And Tan Coonhound and others as well. The widely known AKC Sporting Group is a rather large group of hunting dogs for those hunters that enjoy hunting along with a dog in a woody or watery environment. Some of the dogs that belong to this group would be the: American Water Spaniel, Golden Retriever, English Cocker Spaniel, German Shorthaired Pointer and others as well.

Moving on to the interesting part, the exciting aspect about the above-mentioned dogs ( and the rest of them, of course ) is that each breed has its own natural behavior. Hunting along with one of these dogs will surely improve your hunting efficiency but choosing the most appropriate type of dog is crucial as some dogs excel at fox hunting for example while others are best to be used for squirrel hunting. The Terriers were originally developed for hunting small games and killing vermin and if you plan on hunting squirrels, for example, a working terrier is the best way to do it. The hunting dogs are most recommended for any type of hunting as they will prove their efficiency if properly trained.

The main disadvantage regarding hunting dogs is that the training procedure is rather complex and might not show up the expected results when hunting for the first time with the dog. Regarding the aspect of training a hunting dog, it is also a matter of time because training a dog properly for hunting purposes can take up to one year and in some cases, you will have only one chance to do it because some mistakes are irreversible. An example of an irreversible mistake would be the lack of early socialization. We recommend that you do a little bit of research before choosing your hunting dog ( keeping in mind the type of game you are going to use the dog at ), start the training from an early age and things should go smoothly.

All things considered, hunting along with a dog has its advantages and disadvantages. The main advantage of using a dog is that if the dog was properly trained from an early age, the chances of catching more animals is higher as this dogs will do some of the work for you.

The main disadvantage would be that the entire training process takes some time and every dog is different in its own way so there is no such thing as a standard training procedure applicable for all breeds.
Summary: Hunting with a dog can be a very exciting and entertaining experience but training a dog for hunting takes a lot of time and practice in order to do it properly. Now that you know what the benefits are for bringing along your four-legged friend. Get out there and hunt!
.

Can You See Me Email Author

Put This In Your Blind For Hot Coffee,CLICK IMAGE